Before I forget we’ve just changed our name to Haberdashers’ Adams (was Adams Grammar).  I’ll update you on a similar name change for the Haberdashers Academy in the new year. 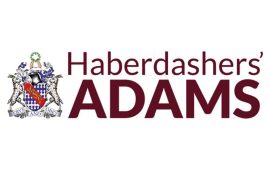 The embedded videos show how much fun we had at both clubs.  Battery life proved to be a problem – using the Poundland power banks. We have plans to splice two of these together in parallel – more on that later.  Also those mini wifi keyboards kept dropping signal – especially in a room of 8 running simultaneously.  We tested the CAMJAM Wiimote bluetooth script – which worked well.   We plan more of these fun club battles next year, with each battle allowing teams to build points on the road to Pi-Wars 2018.

Even though the heavily modified Cbis robot (we won) did well, we decided to stick with our new Diddy Dasher bot design for Pi Wars.

Things to consider; the 4WD robot uses exactly the same (low budget) motors and 6V power as a usual CAMJAM kit! And it drives very well. But we’re using an older Pi – with no bluetooth or wifi on board. A Pi Zero W could be the replacement for this? And we need a more robust power supply. Perhaps LiPo could be the answer – but that’s an expensive option! And maybe upgrade those motors to the micro metal motors we’ve seen on other similar designs? These are valid upgrades from our club-bot design, but we need to decide how to spend the rest of our club budget wisely.

STOP Press ; We’ve reverted back to Raspbian Jessie (PIXEL upgrade) as our OS of choice. We tried STRETCH, but decided that we prefer Jessie as it works reliably with the CAMJAM sensors and wiimote script. Keep it simple folks!

See you all in the new year. Merry Xmas all.